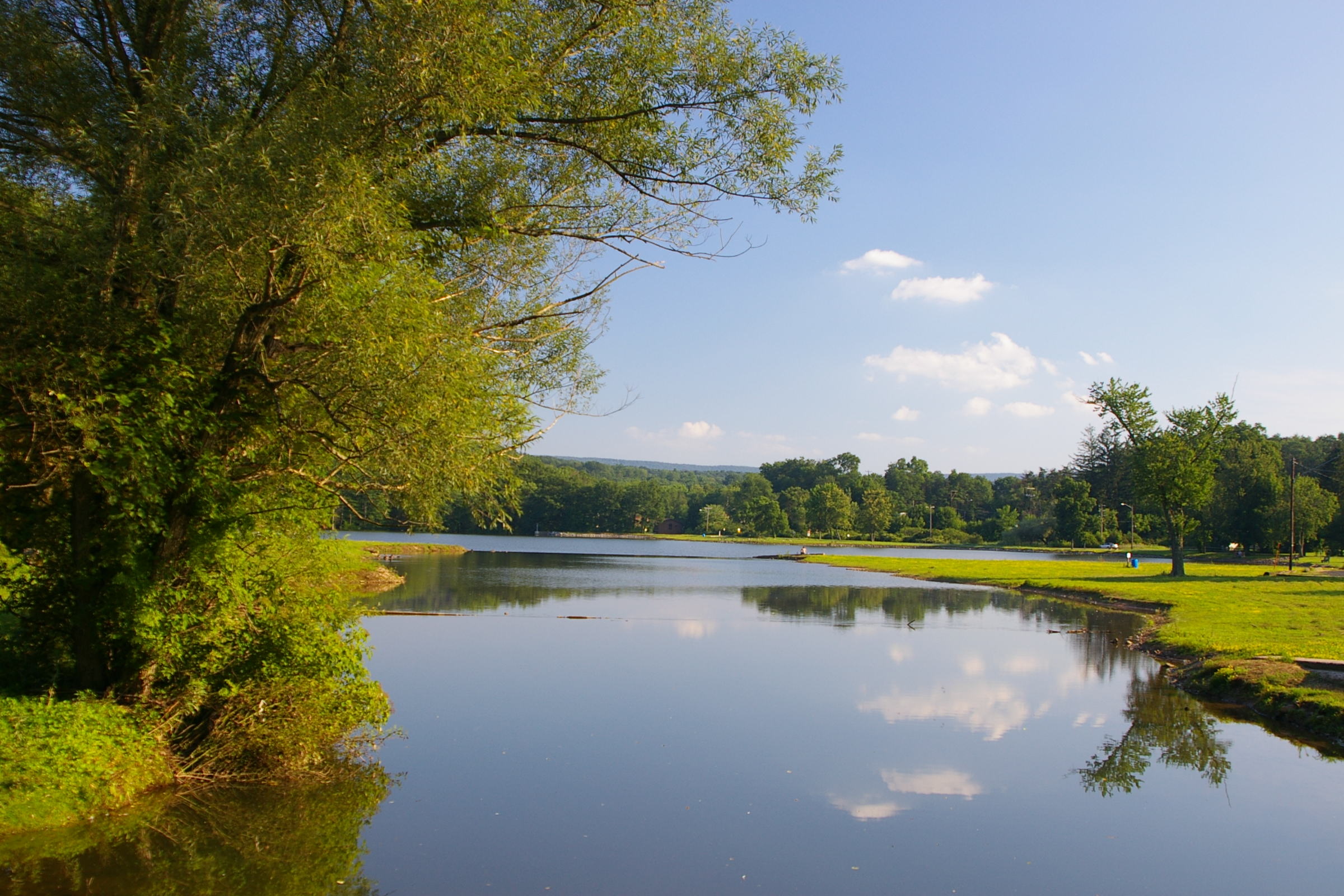 Schuylkill County is located in east-central Pennsylvania, west of the city of Allentown, and bordered to the south by Blue Mountain. It consists of a rugged ridge-and-valley terrain that includes Mahantango, Broad, Sharp, and Second mountains. The county is drained by the West Branch Schuylkill and Little Schuylkill rivers and Mahanoy, Catawissa, Mahantango, and Swatara creeks. Recreation areas include Tuscarora, Locust Lake, and Swatara state parks and the Appalachian National Scenic Trail, which runs along the southern border.  The region was inhabited by white settlers from the mid-18th century. The county was created in 1811 and named for the Schuylkill River, which originates in the county; the name means “hidden stream” in Dutch. Pottsville replaced Orwigsburg as the county seat in 1851. A murder trial in Pottsville in 1877 helped end a siege of terrorism allegedly carried out by the Molly Maguires, a secret society of Irish American miners that sought improved working conditions in the coalfields. The Anthracite Museum of Ashland details the region’s coal-mining heritage.  Other communities include Tamaqua, Shenandoah, Mahanoy City, Schuylkill Haven, and Minersville.  Schuylkill county is the leading producer of anthracite coal in Pennsylvania. The chief manufactures are textiles, plastics, and metal products. Area 779 square miles (2,017 square km). Pop. (2000) 150,336; (2010) 148,289.