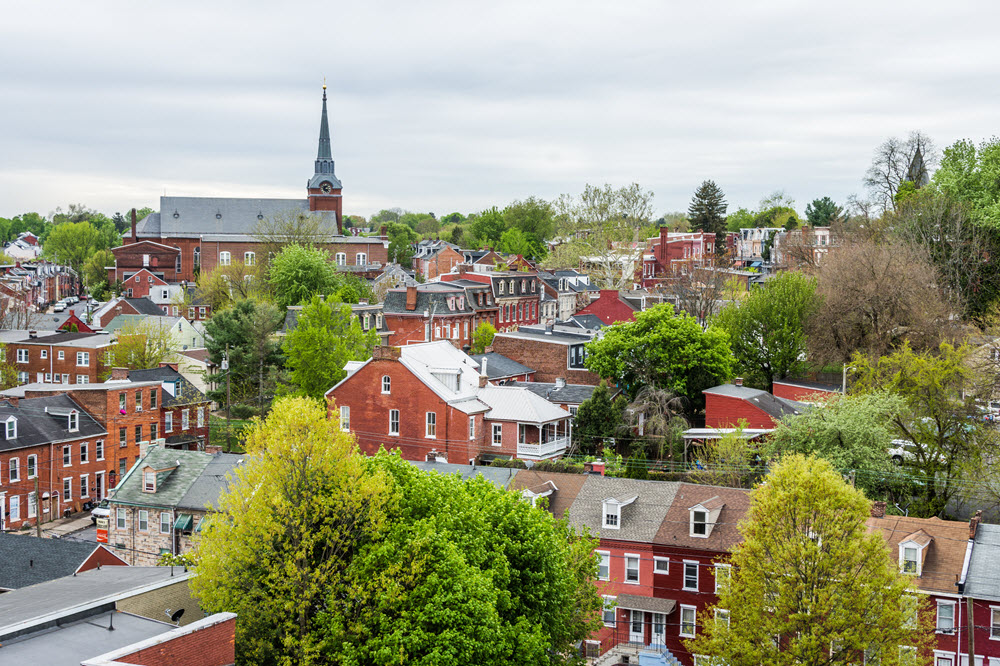 Lancaster County  /ˈlæŋkɨstər/, (Pennsylvania German: Lengeschder Kaundi) sometimes nicknamed the Garden Spot of America or Pennsylvania Dutch Country, is a county located in the south central part of the Commonwealth of Pennsylvania. As of the 2010 census, the population was 519,445.  Its county seat is Lancaster.

The County of Lancaster is a popular tourist destination, with the Amish community there being a major attraction. The term Pennsylvania Dutch comes from Pennsylvania German language, derived from the German Deutsch ('German'), Dutch Duits ('German'), Diets ('Dutch'): they are the descendants of Germans (Deutsche) who immigrated in the 18th and 19th centuries for the freedom of religion offered by William Penn, and were attracted by the rich soil and mild climate of the area. Freedom from poverty and political uncertainty also was a major factor. Also attracted to promises of religious freedom, French Huguenots fleeing religious persecution with significant numbers of English, Welsh and Ulster Scots (also known as the Scots-Irish) settled this area in 1710.

The area that became Lancaster County was part of William Penn's 1681 charter, and John Kennerly received the first recorded deed from Penn in 1691.  Although Matthias Kreider was said to have been in the area as early as 1691, there is no evidence that anyone actually settled in Lancaster County before 1710.

Lancaster County was part of Chester County, Pennsylvania until May 10, 1729, when it became the fourth county in the state.  Lancaster County was named after the city of Lancaster in the county of Lancashire in England, the native home of John Wright, one of the early settlers.  Six other counties were subsequently formed from territory directly taken, in all or in part, from Lancaster County: Berks (1752), Cumberland (1750), Dauphin (1785), Lebanon (1813), Northumberland (1772), and York (1749).  Many other counties were in turn formed from these six.

(Courtesy of Wikipedia, view the full article by clicking here )